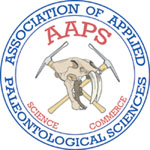 The Association of Applied Paleontological Suppliers (AAPS) has a new president in Craig Kissick, director of Nature and Science at Heritage Auctions.

Kissick was recently elected to the post of the organization, which is dedicated to supporting professionals working in the field of paleontology and, as outlined on the AAPS website, “promoting ethical collecting practices and cooperative liaisons with researchers, instructors, curators and exhibit managers in the paleontological academic and museum community.”

“I am honored to have been elected President of AAPS,” Kissick said. “The organization is very important to, and highly respected in, the fossil community, due in large part to its efforts to promote legal and ethical collecting practices for fossils, which are the ultimate historical records of the history of life on earth.”

He went on to say, “I personally, along with Heritage Auctions, have always held the same values when it comes to collecting, and to be recognized with the honor of leading AAPS is something in which I take tremendous pride.”

Kissick is an active member of the Dallas Paleontological Society (DPS) and the Mineralogical Association of Dallas (MAD), as well as a charter member of the Perot Museum of Nature and Science in Dallas, Texas. Professionally, he joined Heritage Auctions in 2012 and has served as the Director of Nature & Science since 2016, overseeing the Natural History category that covers Fine Minerals, Fossils, Meteorites, Gemstones and Lapidary Art.